March-April, 2019 Crystal has joined the cast of “The Light in the Piazza” at Street Theater in Nashville, which will be their featured show, April 5 – 20, 2019.  For tickets, go to: https://www.streettheatrecompany.org/

April 26-27: Crystal performs along with several other great Nashville-area theater stars at Actors Community Theater in a showcase of Broadway solos and duets.  See her “Loneliness of  Evening” video posted on her “Media” page, from this event.  This song from Rodgers and Hammerstein’s Cinderella is sung in the show by the Prince!

On January 17, 2019 Crystal Kurek played the role of Elizabeth Barrett (Browning) in a reading of the new show “Dear Miss Barrett” at the National Arts Club in New York City.  She is also currently rehearsing “Seven Brides for Seven Brothers” back in Nashville at the HPAC Theater for a February 2017 run.  She is pictured below at the far left. 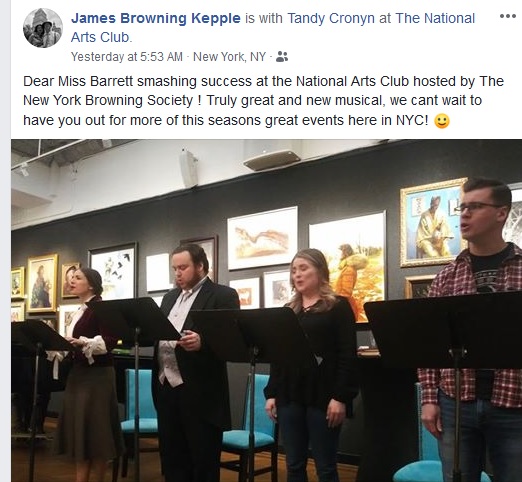 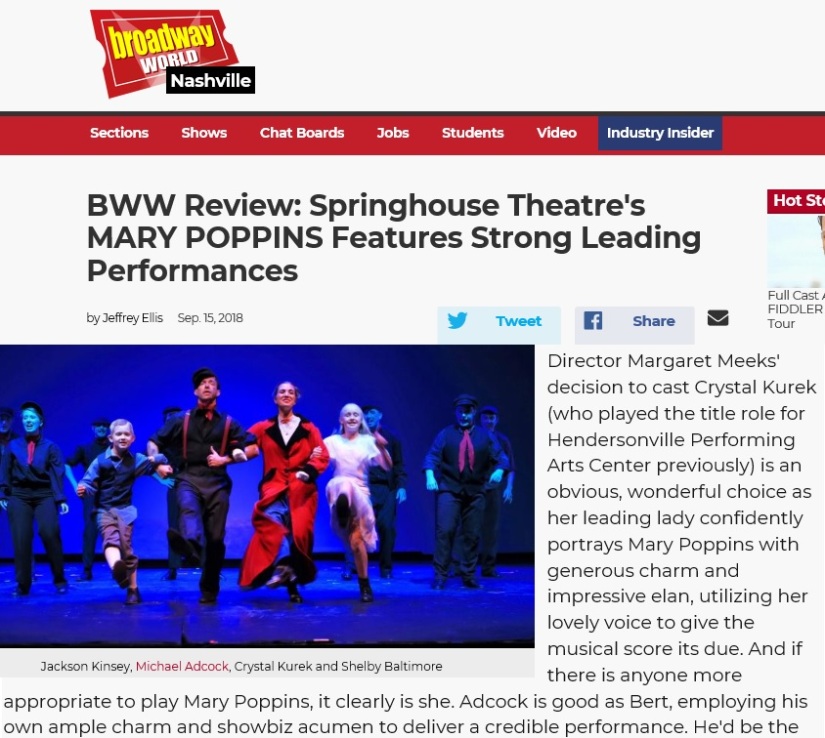 Fall 2018:  (August 25) Congratulations to Crystal Kurek upon receiving two lovely awards at the Hendersonville Performing Arts Company’s “PAC Man Awards,” which are voted on by season ticket holders for the theater’s entire previous season: “Best Actress in a Leading Role” and “Best Female Vocal Performance,” both for her portrayal of Eliza Doolittle in My Fair Lady! Congratulations, as well, to the other nominees and award winners, who were all terrific! (Some of Crystal’s award winning performances from MFL can be found in videos on this site, on the “Media” page.) Crystal is currently rehearsing the title role in Mary Poppins — see entry below for details.  In January 2018, she will sing and act the role of Elizabeth Barrett Browning at the National Arts Club in New York in a reading of composer Michael Kurek’s new show Dear Miss Barrett.

Fall 2018:  (August) Mary Poppins is Returning! Crystal Kurek, who wowed in the title role as Mary Poppins in the stage musical version of Mary Poppins at the Hendersonville Performing Arts Company, has once again won the title role, this time at the Springhouse Theater Company in Smyrna, Tennessee. Smyrna is a Nashville suburb about half an hour’s drive southeast from downtown Nashville, on the way toward Murfreesboro.

Spring 2018:  Crystal Kurek plays the role of eldest sister Meg in this lovely musical version of the classic novel with a wonderful professional cast.  Click HERE to purchase your tickets.  Six performances only!  Here are a couple of snaps from a rehearsal of the melodrama that the girls put on within the show. 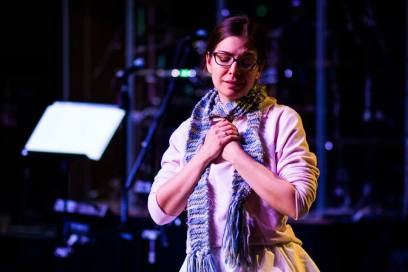